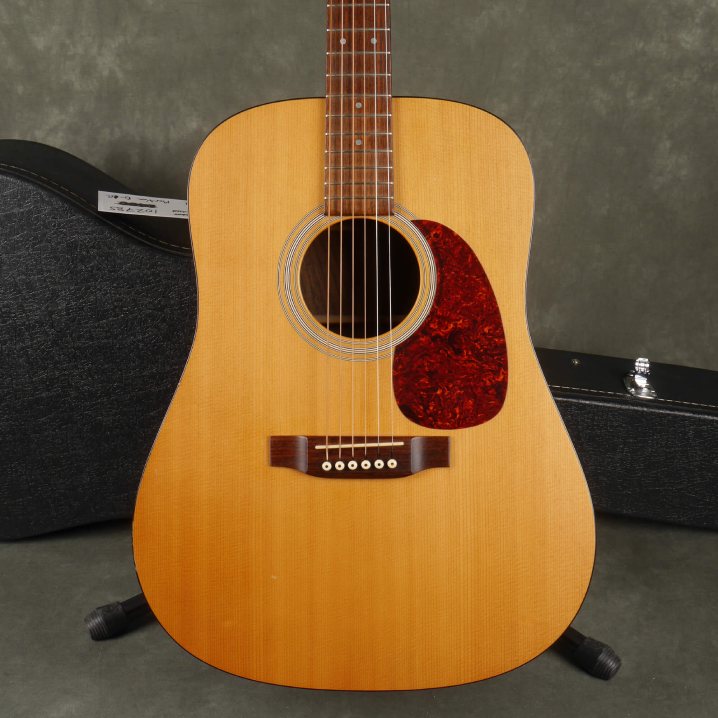 Guitars come in many different shapes and sizes. If you are familiar with guitars even a little, you must know the very basics ones. There is the acoustic guitar, classical guitar, and then the electric guitar. However, there are sub-sections to these categories. Today, we are going to be talking about one of those sub-sections; the dreadnought guitar.

What is a Dreadnought Guitar?

A dreadnought guitar is part of the steel-string flat-top guitar family. These are the most common types of guitars out there. You probably have one around somewhere too, and you will find it if you look around hard enough. This style of guitar is best suited for strumming. You can, obviously, play whatever you want on a guitar.

However, every guitar has its strengths. Since these guitars have steel strings, you can play basic to intermediate levels of finger style on them, and they will sound really pleasant. Unfortunately, steel strings aren’t ideal for finger styling, so either you need quite a bit of strength and practice in order to play high-level classical style of fingerstyle. This family of guitars consists of 3 styles:

The dreadnought guitar is quite a large guitar, the largest one out there except the Jumbo acoustic guitar. You can easily identify a dreadnought by its shape. If its large size isn’t a dead giveaway, notice that the upper and lower bout of the guitar’s body look quite similar and large while the “waist” isn’t that well defined as you would find in a classical guitar, for example.

This large size isn’t just for display. It is thanks to the bigger body, and a dreadnought guitar is capable of its rich and detailed tone. In its family, it has the most volume as well as being the guitar that produces the most bass frequencies. It is perhaps the most popular guitar shape out there right now.

PLAYABILITY AND AVAILABILITY OF A DREADNOUGHT GUITAR

If you read the last line from the above paragraph, you already know that this style of guitar is the most popular one out there currently. It has been fairly normalized now but back when it came out, its sound and large size made it quite unique and sort after… which it still is.

This guitar was first developed by American guitar manufacturer C.F. Martin & Company back in 1916. Its name, at the time of its birth, was taken from a battleship. The word dreadnought referred to a modern battleship with large, all big guns of the type pioneered by HMS Dreadnought in 1906.

Since then, this style of guitar has been copied by other guitar manufacturers, and almost everyone company makes a dreadnought guitar now, so Availability is not an issue. Again, it is the most popular type of guitar.

When it comes to playing a dreadnought-style guitar, it really isn’t too different. Most guitars feel the same, with only subtle differences here and there. 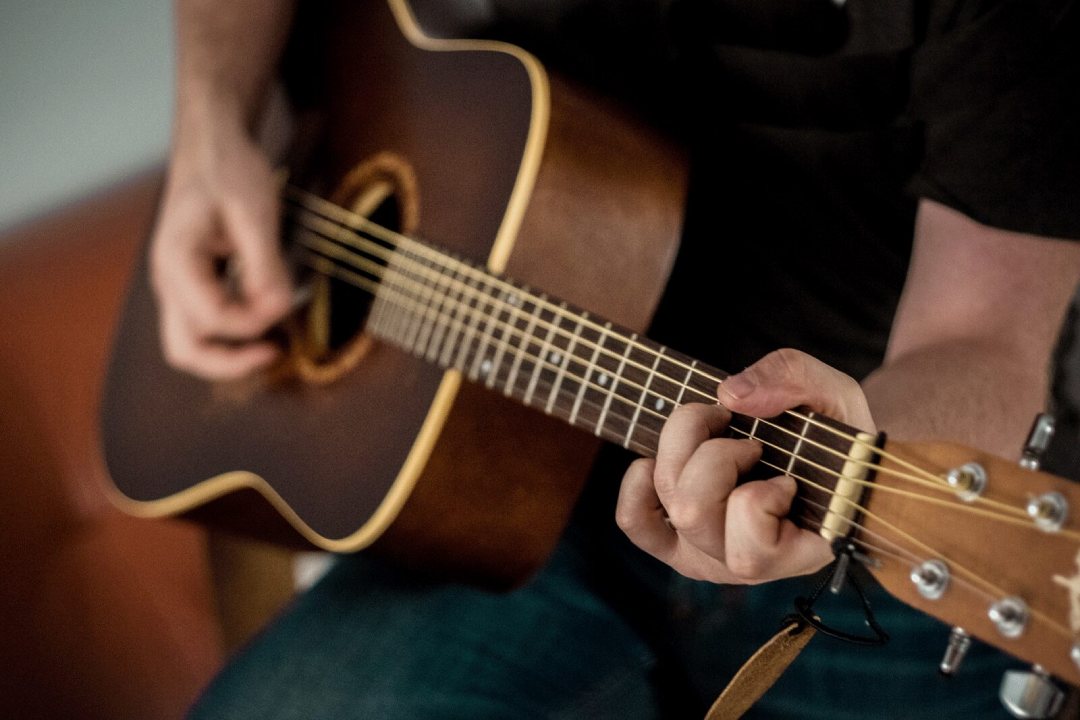 The larger body makes it difficult to get your arms around the lower bout, and from a certain position, your right arm may too find it difficult. However, that strumming hand issue only arises when you are trying to play the guitar whilst in an awkward position, for example, when you are lying down.

On the plus side, dreadnought guitars tend to have smaller necks. This aids the fretting around the easily reach around and play chords. The large body means any chord progression, even the basic ones, has a warm, natural, and detailed sound. This is why rhythm guitarists often prefer dreadnoughts. For flat-picking, too, the narrower neck helps.

The narrower neck sort of compensates for the wider body too. It is much easier for those with smaller hands to reach around the fretboard if the neck is smaller, and some guitarists just prefer playing on a smaller neck for no other reason than “it feels better,” which is as good of a reason as any.

Unfortunately, the narrower neck isn’t ideal for the fingerstyle; with that said, most fingerstyle players do prefer a classical. Honestly, though, it doesn’t make that much of a difference. You can totally play fingerstyle on a dreadnought provided you have the strength in your fingers. On top of that, wider neck dreadnoughts are available as well.

Dreadnought guitars are very popular, loved by many and rightly so. These guitars offer such a rich tone that they make even the most basic of songs sound fantastic. Their larger bodies mean they are louder and are able to create much more bass frequencies; these guitars are very impressive. If you aren’t too small in terms of height, I highly recommend these guitars. Even if you are on the smaller side, give them a try. With things like this, you won’t know till you try. Hope this article helped you. Happy playing!