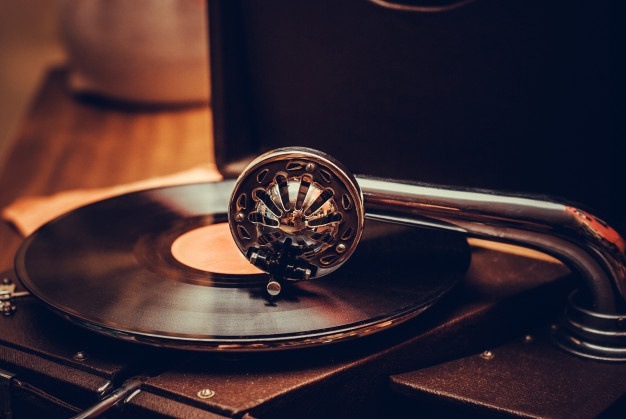 In this digital era, where most of our music is played through media streaming apps, the Vinyl record has its legacy. Its history dates back to 1878 when Thomas A Edison made improvisations to the Phonautograph, which allowed people to hear music for the first time. What makes vinyl records still relevant is the love that people have for them. They once were so popular that people used to collect them.

The technology behind Vinyl is fairly simple, and the sound is recorded in the grooves of the disc. When the disc spins, the needle follows the path of the grooves and sends the collected information to the electromagnetic head. Though the technology is quite basic in terms of today's standards, it was quite revolutionary when it came out.

With the launch of compact disks by Sony in the year 1982, Vinyl records became obsolete as it allowed for easy playback of music without the scratchiness and bulkiness of record players. This shifted the spotlight from vinyl records to CDs, hence making the major labels, stall the production of Vinyl records. Though this event was quite big when we consider the landscape of audio listening, vinyl held on mainly because DJs and audiophiles liked the kind of sound that they produced. Due to the collectability factor, a lot of record labels brought back Vinyl and sales have improved since then. Now let's see about the different sizes of Vinyl recorder.

When we talk about Vinyl records, we can't neglect the sheer sizes of the disks that people had to keep, which of course later formed the part of their collection. Records now come in variable sizes of 7, 10, and 12 inches and each size decides the number of songs that the disk can store. The sizes also expanded because the groves became too narrow to fit in all the details of the songs while maintaining the quality. Now, let's discuss the various sizes of records-

It is the smallest among all the sizes, which also makes it the cheapest. The only demerit is that as the size of the disk is small, it has limited storage and stores much less music than its counterparts. It isn't the most convenient option for many, as a complete album would take multiple disks to store. Due to this, these aren't quite common these days.

This type of disk is also known as 78 RPM records, and it runs between 70 and 80 RPMs. Most records of this specification were pressed before the 1950s. Most of these records were made out of minerals and cotton fibers that are held together by a resin called shellac, which makes them less durable. Due to this, these records are quite rare now, and their quality also degrades with time.

This is the largest size of the record that there is. It can store up to 22 minutes of music on one side. Both sides combined, it can deliver 44 minutes of audio playback. This is the maximum that a record can go. Generally, an album made for Vinyl is capped at 45 minutes including both sides. The extra room on the vinyl record adds to the sound quality and also makes it the most practical option to consider.

So these are the different Vinyl Record Sizes. Though, a vinyl record player isn't the most practical solution when we consider listening based on today's dynamics. But what it loses on practicability, it gains on the quality front. The other strong point is the kind of rich experience that it delivers. On the collectability front, vinyl record players will always remain in vogue and will continue to be used by DJs and audiophiles. So, whenever you come across a vinyl record player next time, take a moment to appreciate the history of these masterpieces.